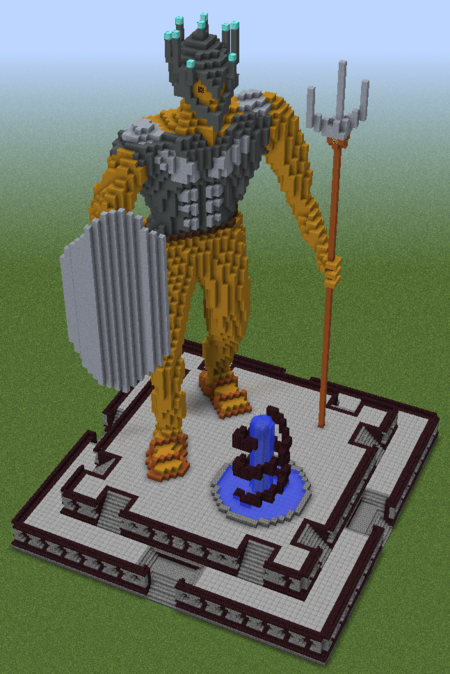 The Colossus of Rhodes (Greek: Κολοσσός της Ρόδου) was a statue of the Greek Titan Helios, erected in the city of Rhodes, on the Greek island of the same name, by Chares of Lindos between 292 AD. and 280 BC. It is considered one of the Seven Wonders of the Ancient World. It was constructed to celebrate Rhodes' victory over the ruler of Cyprus, Antigonus I Monophthalmus, whose son unsuccessfully besieged Rhodes in 305 BC. Before its destruction in the earthquake of 226 BC, the Colossus of Rhodes stood over 30 meters (98.4 ft) high,[1] making it one of the tallest statues of the ancient world.